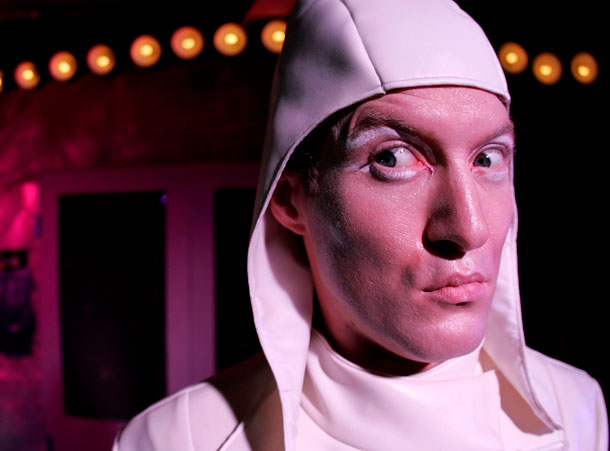 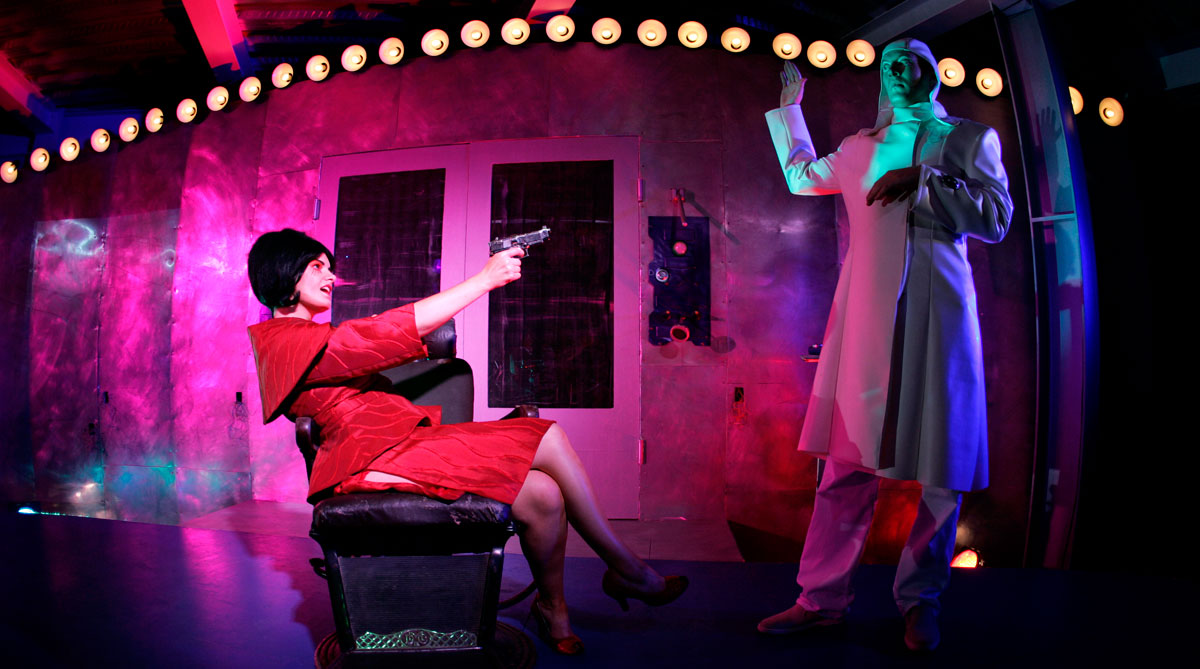 Battling the Cyclops security guard, eluding the Sexy Sirens of the typing pool and braving the ‘underworld’ of R&D…it’s just another day at the office for our down-at-heel exec Jason as he embarks on a funny, futuristic, flamboyant quest for the mysterious ‘Golden Fleece’.

The Yokohama Delegation is an event for sore eyes. The audience is plunged into a darkened office block, where mascara-drenched eyelashes flicker in time to a syncopated beat, and the secretaries who inhabit the mythical landscape between clock-in and clock-out kick off their high heels for risque dance sequences.

“The big theatrical event this year...The Performance Corporation’s The Yokohama Delegation has it all: mythology, music, dancing, satire, myriad costume changes and a killer script...the liveliest 80 minutes of theatre on stage anywhere”
The Examiner

“…the Performance Corporation are maniacally and subversively brilliant.”
The Sunday Independent 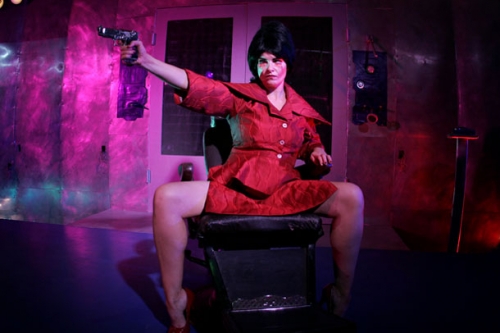