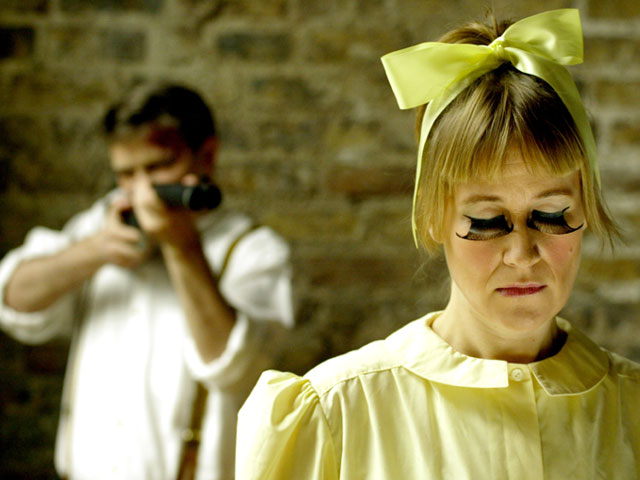 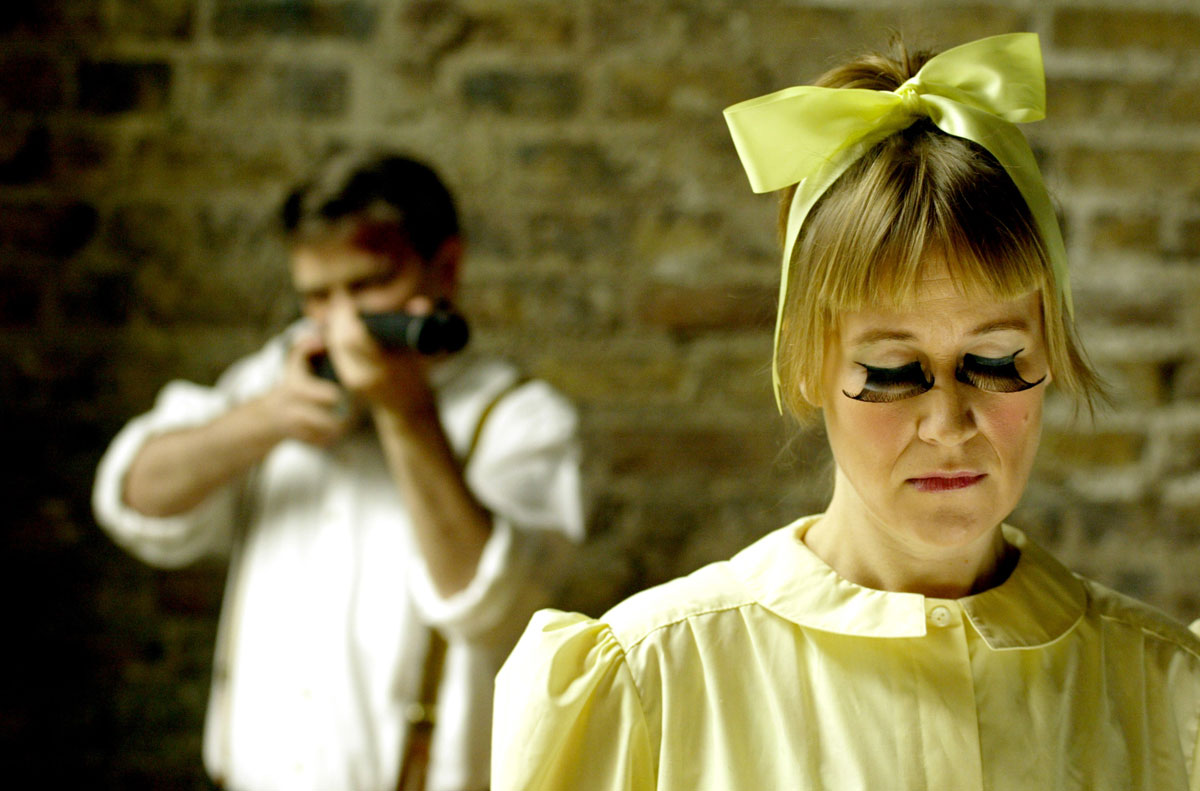 Blood, violence and butterflies...
Performed on a spectacular, vertical stage - purpose built in a new space at SS Michael & John in Temple Bar.
'The Butterfly Ranch' is the tale of a mystery boy who quite literally falls from the sky into the muddy, murky and violent world of Jed Senior.

On Jed's ranch, swine feed on butterflies, Latvian farmhands run covert internet scams and the rule of the gun is law. But the boy's eagerness to learn Jed's etiquette of violence upsets the balance of power, leading to a bloody conflict which leaves no one on the butterfly ranch unscathed.
'The Butterfly Ranch' is a dark and deeply political meditation on life's repeating cycles of violence.

Irish Times review of the year 2004

…trademark flourishes of playful and acerbic high comedy…snarling energy…splenetic and frenetic. Director Jo Mangan and her adventurous cast respond with physically abrasive performances orchestrated upon a space that clatters with rancorous affinity.

Creatively staged… The Performance Corporation are more than welcome on what is often a predictable theatre scene… fabulous design by Sinead O'Hanlon…intelligent and entertaining staging, and refined use of what is becoming signature computer animation.

"….striking, specially constructed stage, its three tiers interlocking like the pieces of a dizzying jigsaw puzzle; and that’s just the point…." 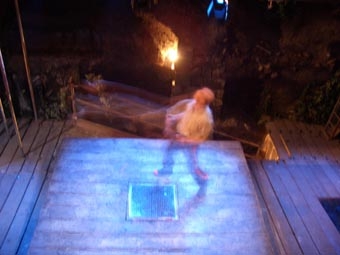 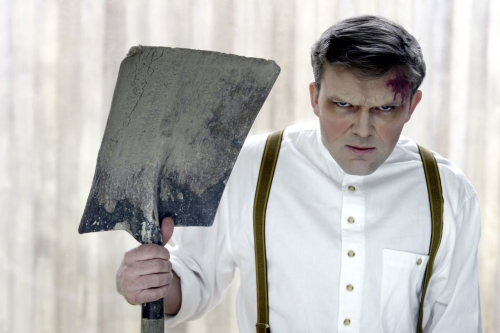 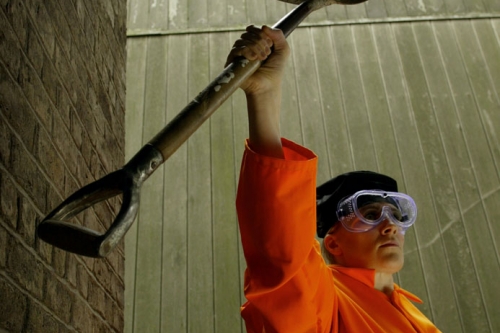 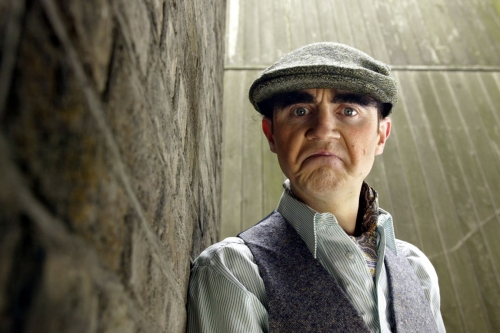 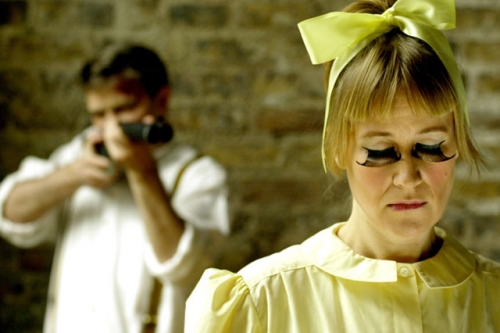