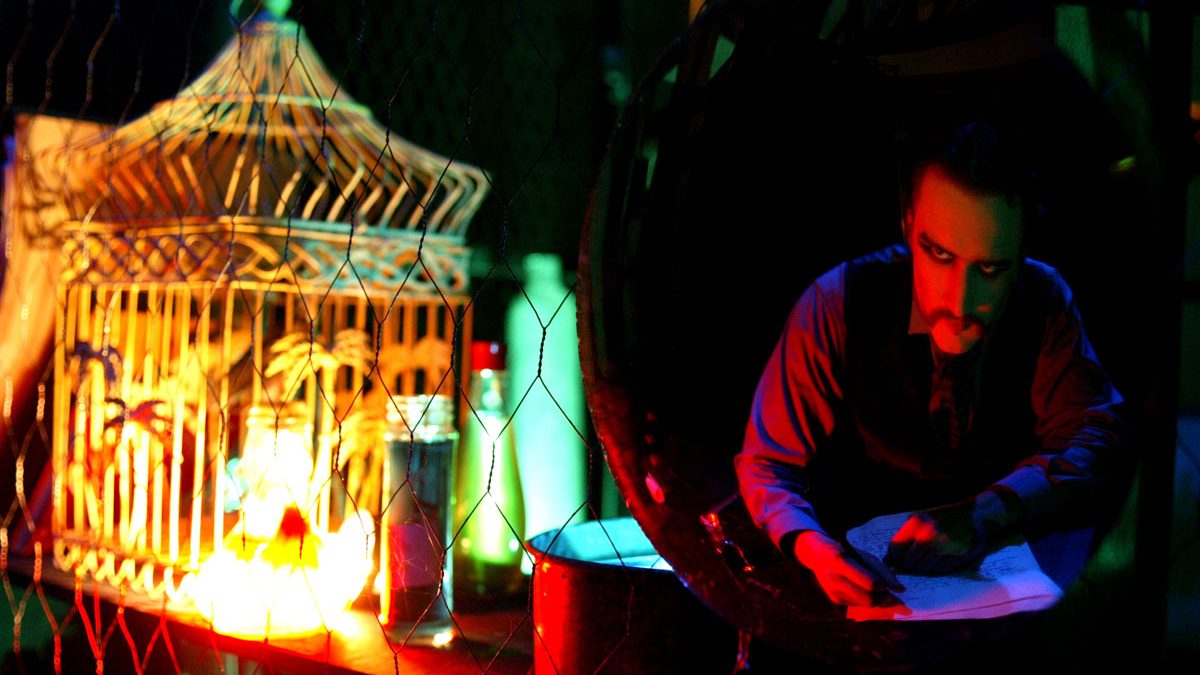 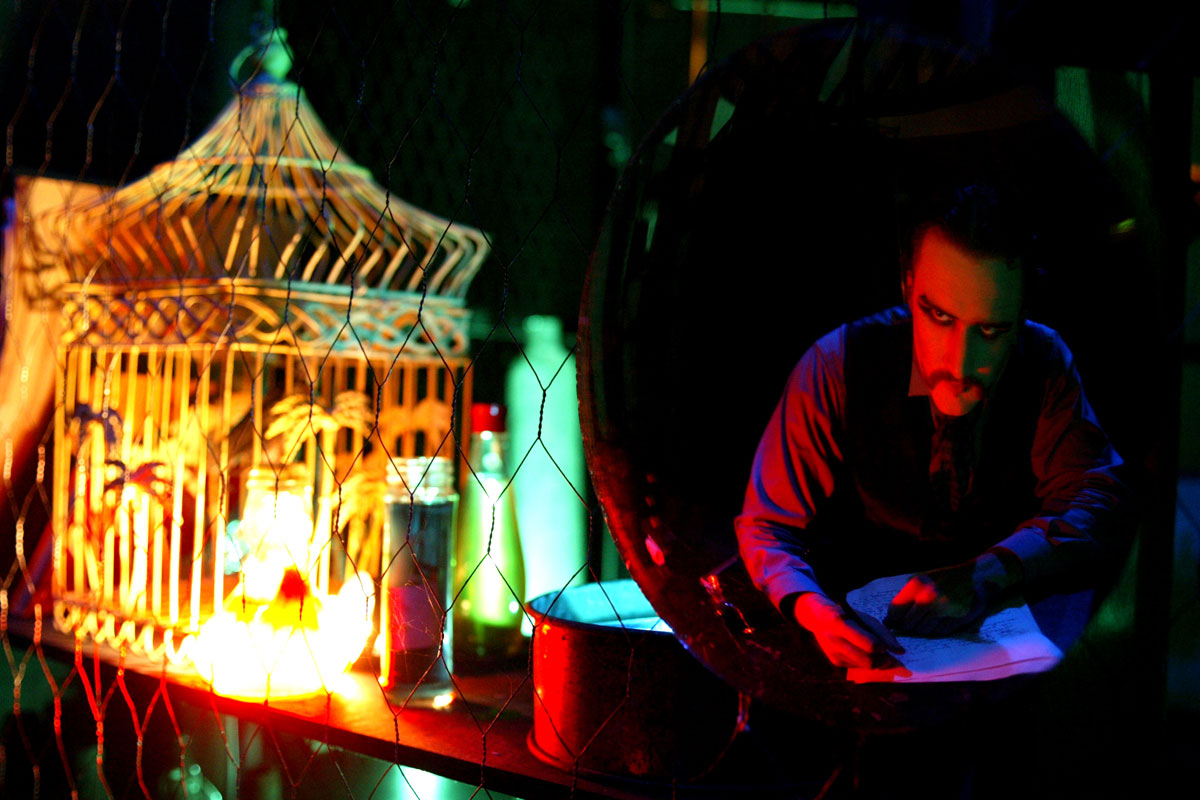 The doctor is unwell. Doubt and delusion trouble his waking hours. Charles Darwin prowls the dark edge of his dreams. And deep in the creaking underbelly of the old anatomy theatre an experiment is taking place.

Put on your headphones and take a gothic promenade to a place where morality and science do battle for the soul of Dr Saul Ledbetter. Enter a world where macabre science, murky morals and sheer bloody murder lurk round every corner. But beware - sometimes experiments go too far.

Hi-tech innovation blends seamlessly with wicked humour and a vibrant physicality to create a “meticulous anarchy” which has thrilled audiences at the Kilkenny Arts Festival where it was first performed in 2004 and at The Edinburgh Fringe as part of the Traverse Theatre’s 2006 programme.

one of the most captivating Irish performance events”
The Irish Times

…the company's attention to detail shines, and its cleverness, in the best sense of the word, presents itself with authority.
…Wonderfully theatrical…another strong outing by this consistently growing company.”
WOW

“The major highlight of the festival..
Since its inception two years ago, The Performance Corporation has served up tantalising presentations that have been new, different, refreshing and a lot of fun, They’ve come up with the goods again with the hugely entertaining Dr Ledbetter’s Experiment.
…brilliant cast on display…experts all of them in the playing of the absurd and the surreal in high comic fashion.
The Performance Corporation have done it again. Great Stuff.”
The Examiner

“Dr Ledbetter's Experiment is wildly Gothic, and the humour is high…truly terrifying…Mangan's direction is splendid, and Swift's writing has a perfect period pitch …Rory Nolan a glowingly insane Ledbetter, backed with spirited precision by Fergal McElherron, Damien Devaney, Aoife Molony and Niamh Daly in a variety of roles from full to cameo.”
The Sunday Independent

“exhilarated, charmed, challenged – and jumping for joy…first-rate acting…hilarious…excellent…clever, informed, utterly contemporary use of music … boasted an atmospheric original score by Rob Canning and a soundscape by Paul Brennan”
The Irish Times

“Go see Dr. Ledbetter’s Experiment, make sure not to miss it.
…innovative, quirky, funny, gothic and down right scary at times.
…the play is excellent and entertaining…the story itself is great…the acting is great…all actors brought a whacky comedic style to their performances… The wearing of headphones adds to the whole experience, it’s fun and incredibly effective…funny and fun, experimental and a great theatrical experience. Go and see it, you won’t have seen anything of its like before, but hopefully we will see much more of it in the future.” “…one of the most exciting companies in Ireland today.”
The Kilkenny People

“The city was also central to The Performance Corporation's show Dr Ledbetter's Experiment, about a Victorian clergyman-scientist unhinged by reading too much Darwin. The audience met at a Tudor townhouse. We were given headphones, playing a soundtrack, then two Victorian figures burst in, all mutton-chops and corsets, and we were thrust into the drama, becoming, variously, the audience at a public execution, a congregation singing All Things Bright and Beautiful, schoolchildren being herded across the street and, finally, the victims of a gruesome scientific experiment, shivering in the darkness as a dungeon door clanged shut.”
The Guardian

“fun, a whole lotta fun… helplessly giggling… It has been years since I snorted in public… perfectly tuned band of five who slipped from role to role with ease… The costumes and sets were excellent… It's like pantomime for adults, only much, much better… Dr Ledbetter's Experiment is for fun’ huge smiling, spine-chilling, snort-inducing fun.”
Arts Ireland

“A fabulously mysterious promenade. The show marks the County Kildare-based company’s Edinburgh Fringe debut. You can be sure we’ll be seeing them again”’.
The Telegraph

“It is difficult to express how entirely captivating this production is...Experimental theatre that continuously pushes the boundaries of dramatic art, its gothic splendor endeavoring to intoxicate its audience completely”
Skinny Fest

“With probably the best set of any production on the Fringe and possibly anywhere else, watching The Performance Corporation’s Dr Ledbetter’s Experiment is like being in your own computer adventure game. Performances are excellent…the overall effect, a night out not to be missed..”
The Stage

“The sort of theatre any aficionado would kick themselves for missing….Blending the historic setting of the medical faculty with the technology of radio is a stroke of genius …highly entertaining.... stretches the boundaries and definitions of what theatre can be….Should not be missed.”
Rogues and Vagabonds 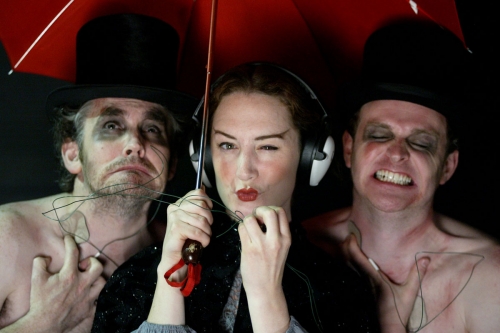 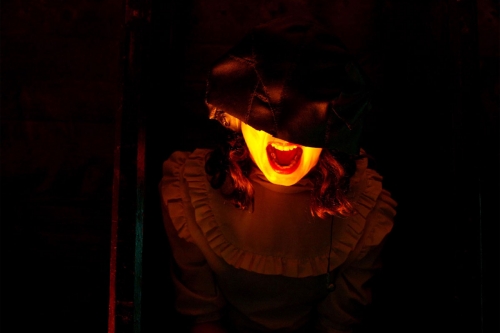 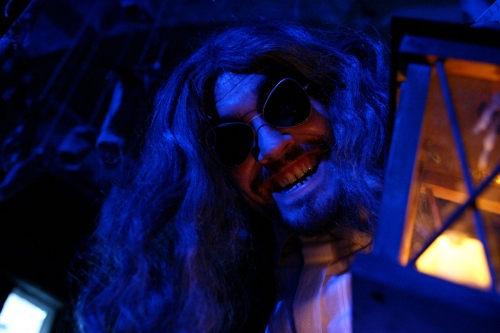 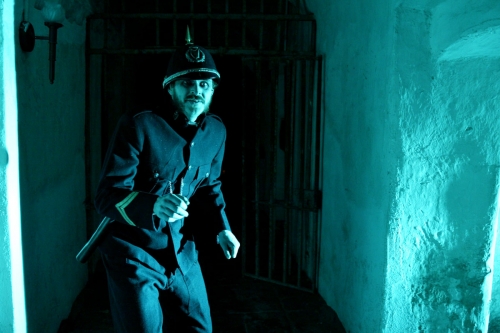 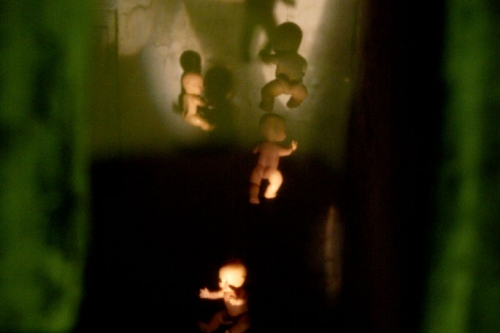 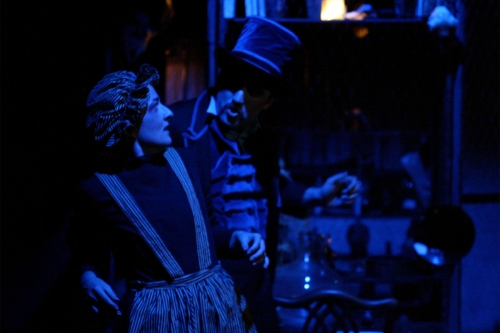 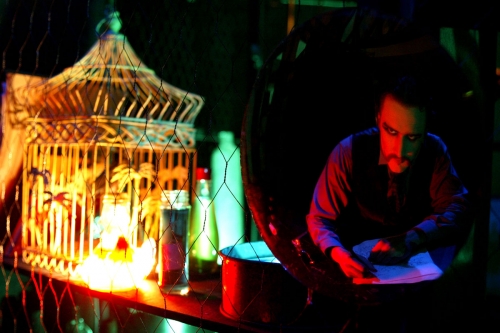 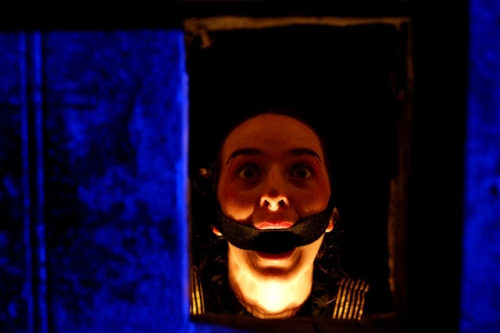 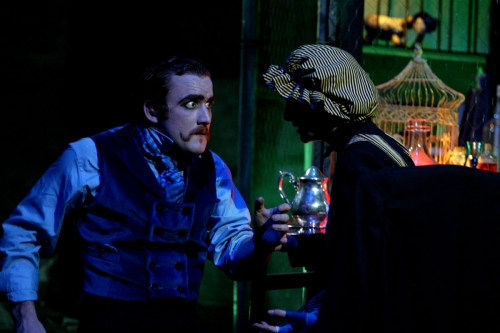 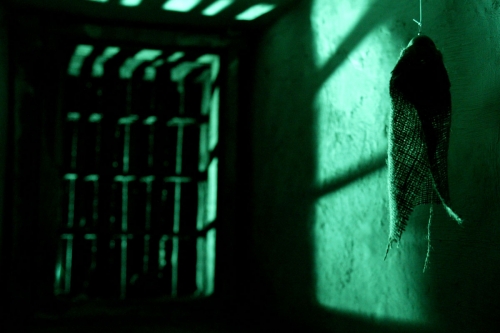 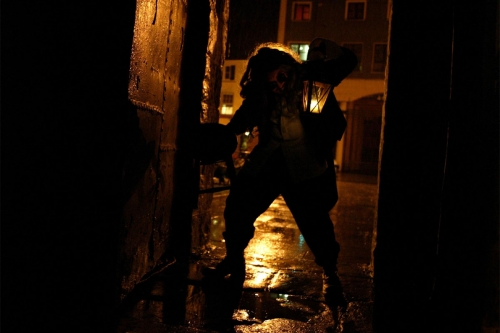 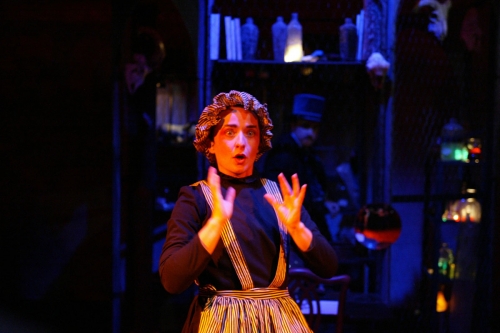