A Short Discourse on Change

Ada Lovelace & our love of technology

We have rejoiced in the office for the return of our Artistic Director Jo Mangan who was away on annual leave.  Marketa and I held down the fort and moved the troops forwards to the increasing potential for work this year… We have a good few projects in the pipeline for this year and we will reveal them as soon as we’re allowed! I can say that we’ll be putting the call out in the next week or so for a fantastic new opportunity for artists. So WATCH THIS SPACE!

A reminder that Simply SPACE applications are always welcomed. If you need the space or resources to work on a project, please see the information above. 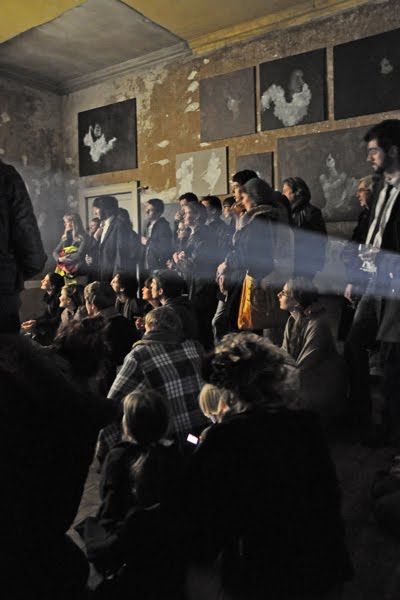 Oisín Byrne recently held screenings of his Paper Ball film, an offshoot of SPACE Programme 2009, that culminated originally in a piece commissioned for the Allianz Business to Arts Awards 2009, which were hosted at Castletown House. White-Out was created by The Performance Corporation, with music by Jo Thomas and costumes by Oisín Byrne.  The final shots were filmed last November with a Bolex camera and over 90 performers in attendance. I watched it all unfold, although I didn’t envy the poor cold performers!