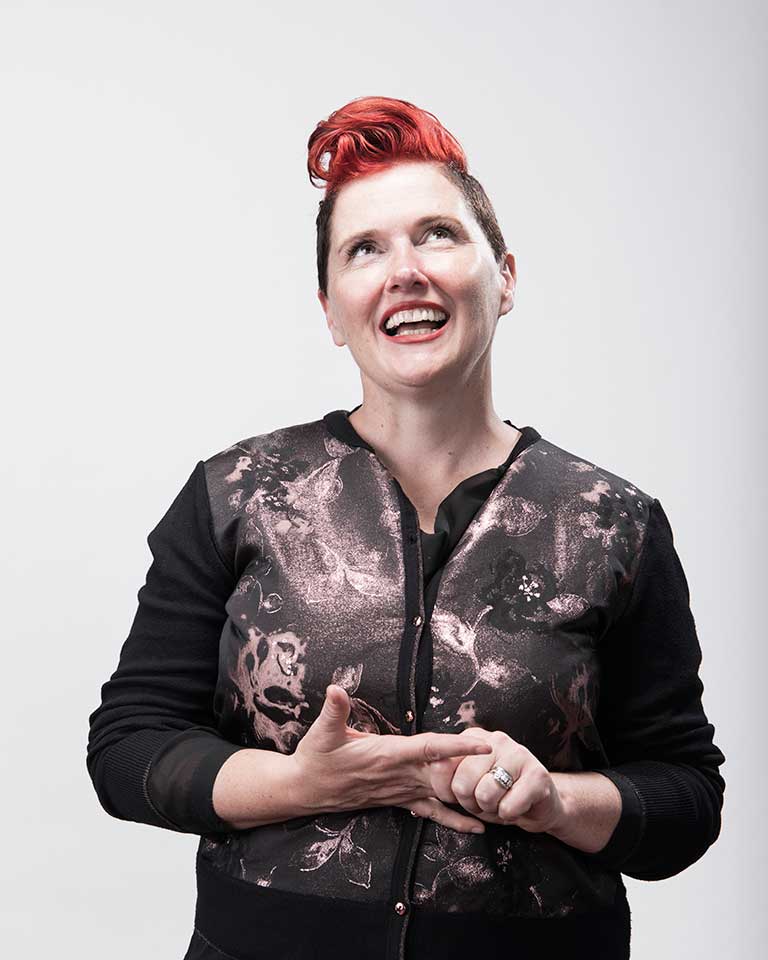 Jo is Artistic Director/CEO of The Performance Corporation. She is also Director of Carlow Arts Festival which has a focus on site-specific, outdoor, circus and the digital arts, alongside more traditional art forms.

Her work has won plaudits and awards internationally and nationally including a number of Irish Times Irish Theatre Awards comprising Best Director and Best Production nominations. In 2011/12 Jo was awarded the Jerome Hynes Clore Cultural Leadership Fellowship part of which saw her working at the Barbican Arts Centre London as well as the Irish Department of Arts Heritage and the Gaeltacht. She has served on many boards, including from 2015-18 as Chair of the National Campaign for the Arts.

Jo has directed the majority of the output for The Performance Corporation since 2002. Most recent work includes the development of a Virtual Reality/live performance project Emperor, for presentation as part of an upcoming Irish Festival as well as internationally in 2020, and the continued delivery of The SPACE Programme - Ireland’s longest running multi-disciplinary international artists residency. Other recent work with the company includes The Table, and Expedition - the Symposium, a series of performances presented as part of FUSE at the Vancouver Art Gallery, a national tour of The Dead – a New Opera based on the James Joyce short story and Expedition co-produced with Boca del Lupo (Vancouver) at Dublin Theatre Festival. In 2013 she founded and curated the BIG House Festival - Ireland's first ever site-specific arts festival which was awarded the ERIC for Best Irish Festival. She was Artistic Director of 2014 Bram Stoker Festival Dublin which was also winner of the ERIC for Best Irish Festival. Other work includes Creative Consultancy for organisations including What Next? the UK arts advocacy group, the Abbey Theatre and National Museum of Ireland. Jo also curated the Theatre Forum conference in 2015 and worked as International Programmer for Limerick City of Culture, where the highlights of her programme included Royal de Luxe which was presented to an audience of over 250 thousand.

Other recent work include directing Bingo Wings - a theatre/aerial dance show for Fidget Feet, as well as being Curator for Ireland for the Prague Quadrennial Design Exhibition 2019, through the creation of a Virtual Reality film which also was exhibited at the Dublin Theatre Festival and Belfast Festival. She is mentor for IETM (The International Performing Arts Network) on their upcoming artist’s residency. 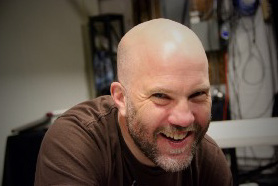 Tom has worked as a playwright and screenwriter since 2002. He has worked closely with The Performance Corporation, which has produced many of his plays including Candide (Best Adaptation, Irish Times/ESB Irish Theatre Awards 2002; Best Production, Dublin Fringe Festival 2002), The 7 Deadly Sins, The Butterfly Ranch (Stewart Parker Trust nominee 2004), Dr. Ledbetter’s Experiment (Kilkenny Arts Festival and Traverse Theatre Edinburgh Fringe Festival) a Best Production nominee in the Irish Times/ESB Irish Theatre Awards, The Yokohama Delegation (Kilkenny Arts Festival 2005) and Drive-By (Cork Midsummer Festival and Dublin Fringe Festival 2006). In 2005 he was invited to Kenya to write Paka for The Performance Corporation and The Amani People’s Theatre. It was staged in Nairobi and Mombassa.

Recent work includes the live-text multidisciplinary performance piece Cool Fresh Milk in Berlin’s Electronic Church and at Darklight Festival Dublin, Power Point at the Dublin Absolut Fringe Festival, the award-winning The Nose at Project Arts Centre and Beware of the Storybook Wolves for the Ark. Tom’s short play The Other Woman was part of Fishamble Theatre Company’s Whereabouts project (winner of the Judges’ Prize in the 2006 Irish Times Theatre Awards). His radio play The Flying Dutchman of Iniskill (RTÉ Lyric FM and The Performance Corporation), was nominated for Best Radio Drama at the PPI National Radio Awards 2008. His short film Brixton Bob was shown at the 2008 Cork Film Festival and A Life, co-written with Jo Mangan was screened at the Galway Film Fleadh. Current work includes commissions from The Abbey Theatre and The National Association for Youth Drama. Earlier this year Tom was and artist-in-residence at the Centre Culturel Irlandais in Paris.